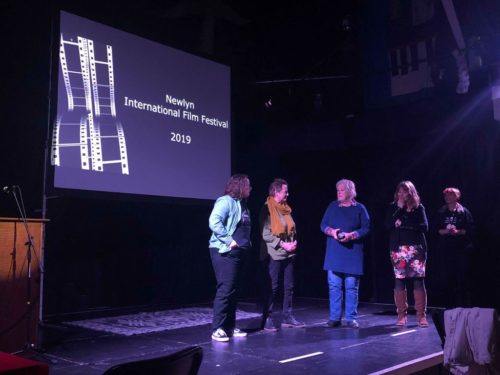 Newlyn and Penzance are a unique location at the extreme southwest of the British Isles, with a long tradition of Fishing and Visual Arts.

The Newlyn PZ International Film Festival was expanded in 2019 and held at the Acorn Theatre Penzance. We showed 177 international films, the talks workshops and screenings were attended by visiting directors and category prizes were awarded.

The next festival will be at the Acorn Theatre Penzance over the weekend of April 24th – April 26th 2020.