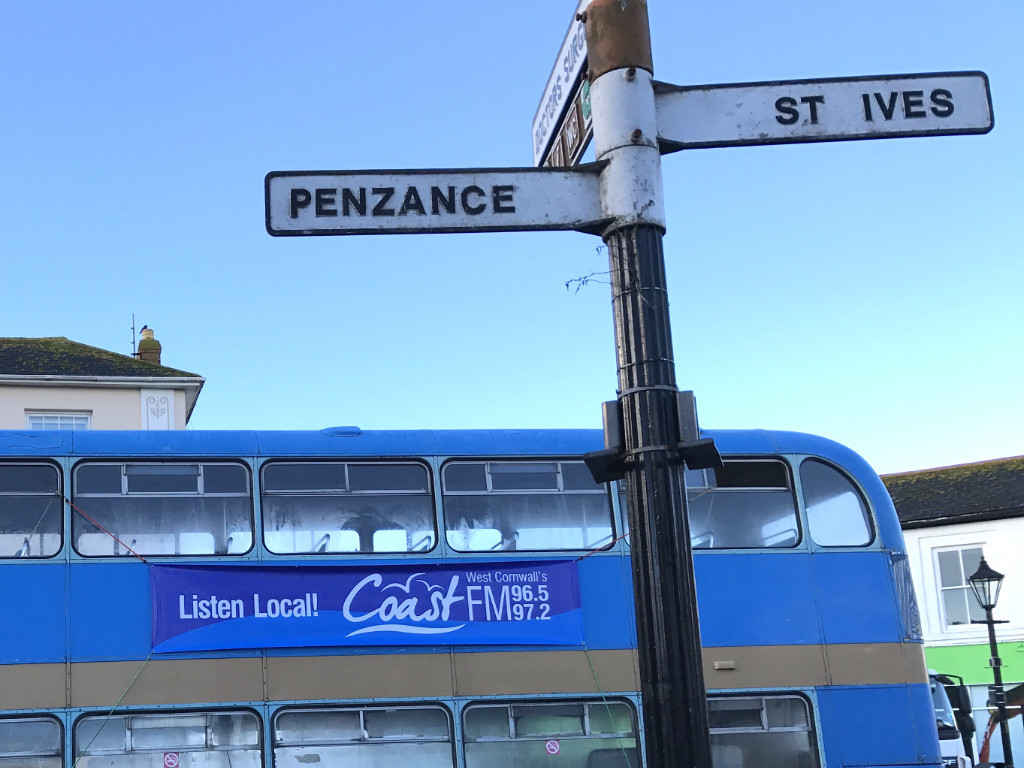 On Saturday 5th November 2016 at 10am, Coast FM officially launched. Starting off in Penzance, we toured our Coast FM bus around the town and surrounding areas to spread the word about the launch.

We gave out car stickers to those we met, and ran a competition for those who spotted the bus that could text in the number plate. The tour's last point of call was Marazion, ending a great morning.

Coast FM was born from Penwith Radio, which was started in 2005 by Chris Goninan and the Penwith 50+ Forum. The station started broadcasting on FM from transmitters in Penzance and St Just in August 2014 and since then has been building its volunteer base and programme schedule.

Regarding the move, Technical Director Nick Dent said “It’s not just a new lick of paint in moving from Penwith Radio to Coast FM. We’ve taken a whole station approach to doing what we do well – better. Our aim is to be the most entertaining and locally-relevant offering on the radio dial.”

Nick added “We felt we were ready to re-launch our full radio service under a new name that represented our whole listening area. We’ve had a lot of good feedback about the name ‘Coast FM’ from both listeners and advertisers and plan to put the station at the heart of the communities we serve. Listeners expect good quality local radio and we’re going to deliver this with Coast FM.”

The station is committed to all aspects of social inclusion and environmental sustainability, and aims to encourage the personal development of volunteers, and to respond to the concerns of people in the West Cornwall area.